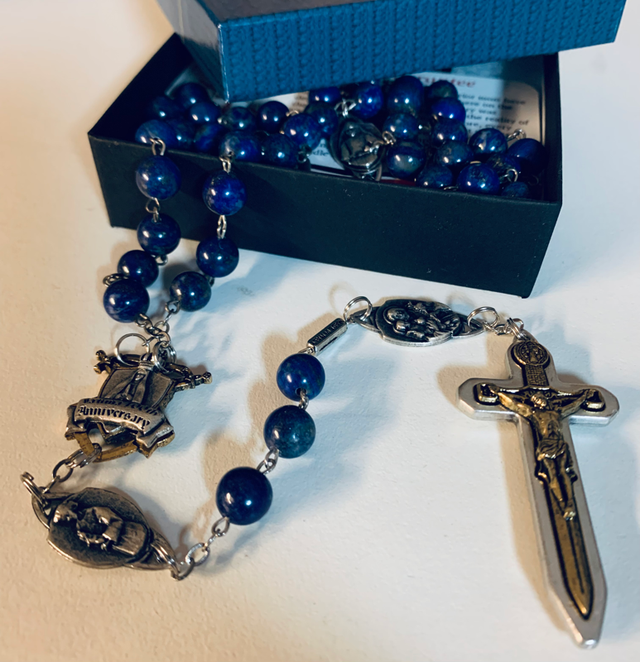 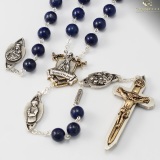 "The 8mm Semi-Precious Stone Lapis Lazuli 100th Anniversary Warriors Rosary™" features an 8mm genuine semi-precious natural stone Lapis Lazuli. Lapis Lazuli is one of the most sought-after stones in use since man's history began. In ancient times Lapis Lazuli was most highly regarded because of its beautiful color and the valuable ultramarine dye derived from it. When images of the Blessed Virgin Mary were painted, they would use the dye made from this Lapis stone.

Its name comes from the Latin lapis, "stone," and the Persian lazhuward, "blue." It is a rock formed by multiple minerals, mostly Lazurite, Sodalite, Calcite, and Pyrite, and is a rich medium to royal blue with gold flecks (pyrites).

Sold out
Add to Cart