Invite Thomas K Sullivan to Speak at your Parish, Conference or Event 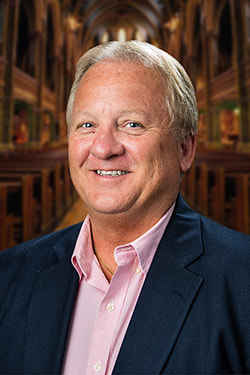 Thomas K Sullivan
At the young age of 17, Thomas K Sullivan began a career serving in the United States Military (US Navy and Coast Guard). During his 12 years of service, Tom spent 5 of those years as a Company Commander in the US Navy, training young men and women in the ways of military life, and was awarded the designation as a "Master Training Specialist". Little did he know God was grooming him for a training field much bigger than he could imagine.

At the age of 30, Tom returned to the Catholic Faith and found his true mission in life. Using the same determination, skills and abilities that made him a successful and highly decorated military leader, Tom has spent the past 26 years in Catholic education, apologetics and evangelization.

In 1992 following a disabling injury which brought his military career to an end, Tom began working with St, Joseph Communications in California. During this time, he developed evangelization and educational materials for both national an international audiences. Tom also conceived and developed the Scott and Kimberly Hahn Adult Education on Video program now in thousands of homes and parishes. Tom is a founding member of the National Catholic Family Conference held each year in California and was the 1996 recipient of the annual Fulton J. Sheen award for his work in evangelization.

In 1998, Tom formed a youth outreach organization featuring the Catholic Rock Music group, Sons of Thunder Outreach. The group went on to record a highly requested CD "Fatherland", a Catholic rock music CD with lyrics telling the story of salvation history, conversion, the sacraments and more.

In 2001, Tom joined the staff of Living His Life Abundantly International. He serves as the Director of Operations, Director of Information Technology and Network Administrator as well as Senior radio engineer.

Tom is also the producer of the daily Television program "Women of Grace" on the EWTN Global Catholic Television Network.

In addition, Tom has extensive experience teaching parish adult education and youth confirmation preparation. He speaks at conferences and events, nationally and internationally, on the many topics concerning the Catholic Faith.

Tom is the author of the book "Called to Knighthood: The Sacrament of Confirmation in the Kingdom Family of God" published by Simon Peter Press and co-author with Johnnette Benkovic of the book "The Rosary: Your Weapon for Spiritual Warfare" published by Servant Press.

He has been a radio guest on The Abundant Life, Women of Grace LIVE, Faith and Family Radio programs, as well as Seize the Day with Gus Lloyd on Sirius Satellite radio.

He has also been a television guest on EWTN's Life on the Rock, Bookmark with Doug Keck, The Abundant Life, and over a dozen Women of Grace television programs.

​Tom is the creator and designer of the one-of-a-kind Warrior's Rosary that has been distributed all over the world since 2014. He is also the Founder and President of "The Warrior's Rosary International inc", a nonprofit tax-deductible 501(c)3 organization whose mission is to bring about a worldwide increase and diffusion of knowledge concerning spiritual warfare; the prayerful recitation of the Warrior’s Rosary®, and to equip individuals to recognize and combat intrinsic evil in the world.

He is currently working on an expanded book on the Sacrament of Confirmation titled “Warriors for the Kingdom.” He continues to spend much of his free time speaking about the Kingdom of God, the Rosary, and the importance of the sacraments and their relationship to Spiritual Warfare here on the battlefield of life!

Tom is a devoted husband to his wife Carol and father of six children; Jeffrey, Tommy, Maria, Michael, Joshua and Gabriel. He is also the proud Grandfather of his 15 grandchildren (currently).